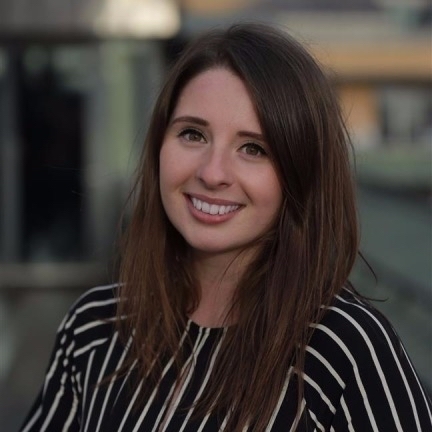 World Ballet Day is co-produced by The Royal Opera House and The Australian Ballet and has become one of the most celebrated events in the ballet community. Founded in 2014 as a collaboration between 5 of the globe’s most elite and well-funded ballet companies, this event has grown into an inclusive platform that allows ballet companies, large and small, near and far, to share their work. With World Ballet Day just around the corner, we had the opportunity to meet with Anthoula Syndica-Drummond, Producer Director for The Royal Opera House in London. Anthoula graciously shared with us about herself, what it takes to produce World Ballet Day, and how the mission of the event drives its evolution.

Can you share a little bit about yourself and what you do at the Royal Opera House?

Of course. My title here is Producer Director at the Royal Opera House, and particularly within the film and broadcast department. That means that I work across a variety of projects that are mainly to do with the cinema broadcast that we do. So, I not only produce them and work with the multi-camera director, how we’re capturing footage, the style, working with the freelance camera crew on that, but I also direct the, what we call, mini documentaries that get shown alongside the broadcasts.

And then alongside that, I make other kinds of films and content for the Royal Opera House. One of them is World Ballet Day, which is something I came to about five years ago.

What brought you to capturing the performing arts?

I started in a film background, originally working on features and short films. I made my way from a production assistant to then assistant directing and then started directing my own shorts. I was freelancing at the time and I had that moment where I thought, I just need to be stable, just for a little bit. A job came up at the Opera House that wasn’t a Producer Director, but it encompassed everything I love. I trained originally in theater and have always had a love of theater. As a kid I trained in dance and ballet. I thought this could be a really great fit with my film background and my training in theater.

I got the job and started working here. I’ve just had my seven year anniversary here, I love it. My role has kind of changed and developed and I’ve carved out areas that I love and have been able to develop those. And one of them is World Ballet Day. So yeah, that’s me.

You mentioned that you started working on World Ballet Day about five years ago, but could you tell us a little bit about its initial conception?

My old colleague at the time, his name was Tom Nelson, he came up with this idea of getting what we call partner companies on board. At the time that was Australian Ballet, the Royal Ballet, San Francisco Ballet, Bolshoi Ballet, and National Ballet of Canada. Content has changed so much over the years, we’ve had to adapt with it. But at the time it was just one giant long broadcast which was amazing. They had threads that ran through all of them so that they were all interconnected.

You touched on the way that content has evolved even just in the past nine years, how do you feel the pandemic and film becoming so much more relevant to the performing arts has shown itself in World Ballet Day?

World Ballet Day was actually very ahead of its time in terms of how we were broadcasting content and the level of access. I think what the pandemic did was really highlight the need for it even more. We still went ahead throughout the pandemic and we still grew, not just our numbers audience wise, but our numbers with guest companies getting involved.

We had the realization that it was the arts that were getting everyone through it. Everyone was turning to films and TV and books and that was how we were all kind of escaping this mad world that we were in. I think it was great that ballet was still able to go ahead, even despite the pandemic.

So, it didn’t change for us, it just grew, which was great.

This year there are 61 companies participating in World Ballet Day. How do you weave it all together and work with all of these people?

This year is slightly different, it is the first year that I have not put together a fully timed schedule . In previous years, I would work with all of the guest companies and allocate, find out how many minutes and/or hours, whatever they want to do and work out every time zone. We can kind of chart the day across every single continent in the world except Antarctica.

This year is the first year we haven’t done that, and that is because we wanted to make it a much more open event for every single guest company taking part. There’s only so many hours in the day unfortunately, so ultimately, that schedule meant that there would be overlaps and there would be crossovers, and we tried to avoid that as much as possible, but it’s just inevitable when you have so many people participating.

I’ve not done that schedule, but that hasn’t meant that I haven’t not been corresponding with them, talking to them about their content and what platforms they’re using, seeing if we can keep that thread going between us all so that we’re all linked and we’re still unified. Organization is key and being able to plan in advance and to keep communicating with people is the only way that this gets off the ground. As well as doing that, I also produce the five hours, I think we’re actually doing six hours, including our TikTok livestream this year, but as well as producing the five hours worth of content here at the Opera House.

It’s busy, but it’s great. Now I feel we need an Antarctica ballet company to get every continent. I mean, I’m happy to go there and just film the Penguins at this point. I’ll do it!

World Ballet Date has become its own huge production. It’s full of so many moving parts and so many levels of teamwork. Is there anything that you wish people knew about the producing, or what it takes going into it that they may not see just from observing like the great finished product?

It’s not a film, so we don’t have the rolling credits at the end. You know, we don’t see any of that, which we shouldn’t do. I think it’s important that the focus is on the dancers that we see on screen and the work that they are doing. It’s about the art form.

However, the sheer amount of people, particularly on the day that are working behind the scenes to put it together. We have multi-camera directors, we have a vision mixer, we have the script supervisor, gallery producer, we have production managers and coordinators. Not to mention the sheer amount of camera crew and then sound ops and we have a jib and a steady cam and multiple cameras. It really is a full production and it couldn’t happen without any of them and their skill.

That sounds incredible. I’m sure you must all be exhausted at the end of the day!

It’s really interesting watching everyone at what we call the gallery, which is our broadcast suite throughout the day. We’re in at 6:00 AM when it’s just the Royal Ballet broadcast. We don’t go live until 11:00 AM but everyone starts the day and we’re super motivated and we all get really worked up really excited. When 11:00 AM hits we’re all all guns blazing and then one o’clock hits and we start to call in the snacks. It’s a lot of concentration the whole time. Then we get a second wind.

It’ll be interesting this year because we come off our main broadcast around half past three, and then we have a super quick turnaround to change aspect ratios. Then we do our live exclusive broadcast on TikTok for another 45 minutes. It’ll be a different challenge because shooting dance is hard enough, let alone shooting dance in a narrow shot for a phone.

What are you most excited to see this year?

For me, the exciting ones, obviously the bigger companies are wonderful to watch and see, but it’s these newer, smaller companies; seeing them grow and bloom is great. A couple of years ago we had Ballet Indonesia Foundation come on and we had the Malaysian Ballet and the Asia Pacific side really started to come on board. I love seeing those companies come through.

I think it was important to do, not only to grow with how these social platforms were growing, but also it was the only way that we could get more companies on board and get them involved because it costs a lot of money to broadcast, to keep one linear stream and to get all those five companies on one stream.

Technology wise, that’s a lot of resources and a lot of money, and it’s just simply not viable for every ballet company to be able to do that, nor should they have to. It was really important for us to break up that linear stream and to throw the day wide open and bring on as many other companies as we could.

It’s really lovely that this started as this elite, top companies with huge budgets, event and now has opened up in a way that allows companies that maybe don’t have the funding, but that have the talent, to participate.

What has been the most meaningful or impactful feedback that you’ve gotten after working on World Ballet Day? What has touched you most?

I’m very lucky to work on an event that is so loved, but it’s the ones where I know that it’s broken down a boundary and brought a new pair of eyes to a great art form. When someone says I didn’t realize that ballet was like this. Also, when people say I’ve seen myself in what you’ve shown. Do you know what I mean? I think that is it.

There is a danger sometimes with ballet, that it can be viewed as, and that is diminishing slowly, but it can be viewed as elitist or just for the wealthy. I think there is still that little bit of stigma attached to it, and it’s the feedback that I get when people are like, Oh my God, I had no idea that ballet could affect me in that way. Or, Oh my God, I’ve never seen myself in a dancer before and now I’ve seen that.

World Ballet Day is tomorrow, November 2nd. Head to worldballetday.com for access to the livestreams of all participating companies throughout the day. Want to get involved? Audiences are invited to take part in the largest ever global dance challenge, and share a video of themselves performing a piece of choreography inspired by The Sleeping Beauty, as demonstrated by Royal Ballet Principal Anna Rose O’Sullivan. No ballet experience is necessary, and content should be shared using #WorldBalletDay for a chance to be featured on the day. 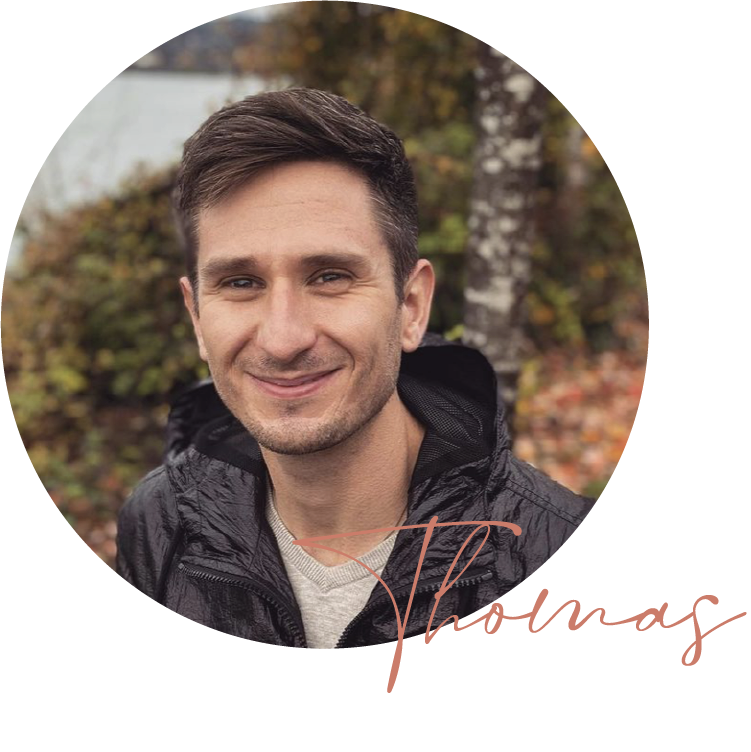 Thomas Baker is a retired dancer living in Williamsburg, Brooklyn. He loves all things performance, art, and design. 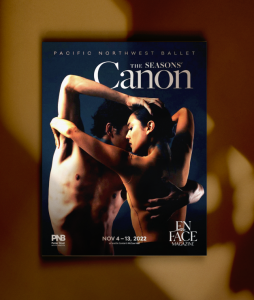 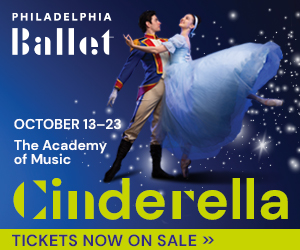